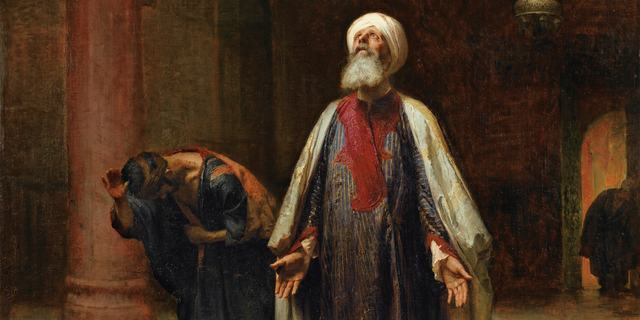 Today, as we continue to reflect on the Perennial Tradition, we hear from John Esposito, Founding Director of the Alwaleed Center for Muslim-Christian Understanding in the Walsh School of Foreign Service at Georgetown University.

[The understandings of the] movement, often referred to as the Perennial Philosophy or Perennialism . . . were well described by Huston Smith, Aldous Huxley, and Gottfried Leibniz. Smith captured the essence of their belief: “If we take the world’s enduring religions at their best, we discover the distilled wisdom of the human race.” [1]

However different, all advocate the rediscovery of the wisdom traditions of the past, believing that the various visions of the great world religious traditions share the same deep truths from which all belief systems have developed. They distinguish between two interconnected planes of reality and knowing, scientific empiricism and a transcendent/immanent reality, experienced in wisdom traditions through meditation and contemplation. Religious language or discourse, theology, laws, symbols, and rituals of institutional religion, conditioned by historical, social and cultural contexts, are seen as means, as metaphors and “pointers,” to the divine, not as ends in themselves. . . .

However diverse religious traditions appear, these wisdom schools affirm a belief in the transcendent Unity of all religions and, as perennial philosophy maintains, there is a divine reality that enables universal truth to be understood. . . .

For those of us living in the 21st century—an age of globalization, mass migrations, and increasingly multi-religious and multi-ethnic societies—mutual understanding and respect, based on religious pluralism rather than religious exclusivism, are extremely critical to our survival. The insights from the perennial tradition have much to contribute in developing and strengthening multi-faith relations. Its insights help to combat religious discrimination and conflicts between and within religious traditions, and to develop more pluralistic paths of religious spirituality. Today, in the 21st century, we see scholars and spiritual teachers forging new, more inclusive spiritual paths that recognize other religious traditions as sources of insight and wisdom. . . .

While there is an underlying unity, there is also a diversity of conceptualizations of the ultimate reality, and multiple interpretations. Thus, the ultimate reality is described as at once transcendent and immanent, personal and impersonal; it is identified by diverse names (God, Yahweh, Allah, Vishnu, Shiva, Nirvana or Buddhahood) and is often experienced differently. Each religion is a unique way to know divine reality and to reach spiritual enlightenment or salvation. [2]

Does it make you nervous that I quote these teachers of perennial philosophy so openly? I hope not, but I understand why some people might be uncomfortable reading the name of God placed next to that of Allah, Shiva, or Buddha. It’s not how most Christians were trained to think! But these ideas do not threaten my Christian faith in any way. Rather, they help me live it. Through the Perennial Tradition I see even more clearly that all people are my siblings, ancestors, and descendants of the divine reality I call God.

[1] Huston Smith, Bill Moyers: The Wisdom of Faith with Huston Smith (WNET: 1996). This statement introduced each episode of the 5-part PBS television series.

Forward to a Friend →
Forward this email to a friend or family member that may find it meaningful.
Was this email forwarded to you? Sign up for the daily, weekly, or monthly meditations.
Sign Up →
Thank you for being part of CAC’s contemplative community. You are one of 333,720 readers worldwide (as of August 2019).

News from the CAC:  Interior Castle

The journey to union with the Beloved is a journey home to the center of ourselves. The human soul is so glorious that God chooses it as God’s dwelling place. The path to God, then, leads us on a journey of self-discovery. To know the self is to know God. —Mirabai Starr

God is ever alluring and inviting us home. Reconnect with your longing for union—the core motivation of your being. Through videos, discussion, reflection, and contemplative practice, explore Teresa of Ávila’s Interior Castle with James Finley and Mirabai Starr.

As you witness so much division, fear, and suffering in our world, you may wonder what path—if any—there is toward healing and hope. Perhaps your church or faith has been important to you, but now you may be questioning if it is still a trustworthy or relevant guide. Does Christianity have anything of value left to offer?

Franciscan Richard Rohr suggests that there are good, beautiful, and true gems worth holding on to. At the same time, there are many unhelpful and even harmful parts of what has passed for Christianity that we need to move beyond. In his Daily Meditations, Father Richard helps us mine the depths of this tradition, discerning what to keep and what to transcend.

Each week builds on previous topics, but you can join at any time! Click the video to learn more about the theme and to find meditations you may have missed. We hope that reading these messages is a contemplative, spiritual practice for you. Learn about contemplative prayer and other forms of meditation. For frequently asked questions—such as what versions of the Bible Father Richard recommends or how to ensure you receive every meditation—please see our email FAQ.

Richard Rohr’s Daily Meditations are made possible through the generosity of CAC’s donors. Please consider making a tax-deductible donation.

Inspiration for this week’s banner image: In every historical epoch and in every cultural tradition, there are those who practice a form of contemplation that puts them in a position to receive the gift of an unfiltered divine encounter. —James Danaher