Healing of Human Cultures: ARTICLES
The End Game for a Truly Planetary Society, by Geoffrey Holland
Reflections and Chronicles From the End of Time: Narcissus, by Carlos Cuellar Brown
The Redemption of the Bully in Politics, by Carmine Gorga
Global System Collapse: Genes and “Human Nature” Are Not the Cause of “World Chaos”, by John McMurtry
Seven Ways to Build the Solidarity Economy, by Emily Kawano
Envisioning a Post-Ecocidal Culture, by Ruth Thomas-Pellicer
Wayfinder: Resilience Guide for Navigating Towards Sustainable Futures, by Stockholm Resilience Centre Staff
On the Thermodynamic Origins of Economic Wealth, by Tim Garrett
The Global Economy, Heat Engines, and Economic Collapse, by Tim Garrett
What Will It Take to Avert Collapse?, by Richard Heinberg and David Fridley
Plastic Pollution: The Age of Unsolvable Problems, by Ugo Bardi
Competition, not Consumption, Drives Global Destruction, by Gunnar Rundgren
The Precariat: Today’s Transformative Class?, by Guy Standing
Horsemen of the Apocalypse: The Men Who Are Destroying Life on Earth And What It Means for Our Children, by Robert F. Kennedy Jr.
Energy Slaves, “Hard Work,” and the Real Sources of Wealth, by Darrin Qualman
The Music of Time – or How We’ll not Change the Music unless we Change how We Sing, by Patrick Noble
The Enemy Between Us: How Inequality Erodes our Mental Health, by Kate Pickett and Richard Wilkinson
Gender Imbalances Fuel the Abuse of Power, by Harry Mills
Systemic Thinking: The Primary Skill That Humanity Will Need as We Prepare for A Future That Will Not Be What It Used to Be, by Dick Rauscher
Gender Egalitarianism Made Us Human: Patriarchy Was Too Little, Too Late, by Camilla Power
Interdisciplinarity and Social Ecological Systems, by Sanchayan Nath
Literacy, Women Empowerment, and Sustainable Development, by Alka Srivastava
What It Means to Deny Climate Change, by Susannah Crockford
Human Development Index 2018 ~ Wide Inequalities in People’s Well-being Cast a Shadow on Sustained Human Development Progress, by United Nations 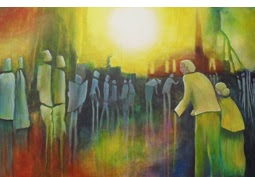